The importance of hitting rock bottom

A purely personal account, this is the story about my own rock bottom moment.

It happened in 2010. I was freshly separated from the love of my life, diagnosed with an incurable progressive debilitating disease and mothering a cheerful little toddler who seamed to see only sunshine and flowers all around. She wanted to play, jump, run, sing and I secretly had no desire to live at all. Let alone make us breakfast. Let alone go out and play.

In the secrecy of my own inner universe, this was exactly what was going on.

Having graduated psychology myself, I touched immediate base with an extraordinary psychoterapist I knew from a project we worked on together some years ago. I also joined the first yoga class I heard about.

The strenght of my body was not far from the joy of living I felt in that moment of my life. So weak I was that I could hardly stand. Definitely not long enogh to do the whole warm-up in the yoga class. So I did it all sitting down. For months. My mental focus followed the footsteps of my state on the other levels of my being at the time. I was everywhere but not in that yoga class with my mind. It raced from one place to another, analysing over and over again where and how things got so wrong, questioning everything that can be questioned, never finding an answer satisflying enough, then starting the whole drill all over again.

We learned so many valuable things in the yoga class that spring. None of them was I able to hear even. But I sticked around. Past beneficial experiences, support and help I’ve received from yoga practice, made me a solid believer for good. There was never going to be any dropping out of a yoga class for me, that was clear. Maybe the only clear thing at the time.

There came a weekend in which a three hour guided meditation was organised in the yoga center. It was to be a meditation for deepening the relationship with our spiritual guide. I didn’t care much about what it was. Those days I just needed to get out of the house and not be alone. If anything, I could sit for three hours, so I thought I can meditate too.

In the absense of common sense, the one thing I didn’t consider is that meditation is the exact practice you turn to when you wish to be alone. All too late, I realised I signed up for three hours of my most feared dread – being faced with nothing and no one but myself.

The racing mind made it impossible to follow any of the instructions given by a beautiful recorded voice leading the meditation. As usual, I was all over the place, present on the yoga mat only with my physical body.

At one point, my mental and emotional bodies took me to a place never seen, never felt before. Soon I concluded that this must be the very place people find themselves before taking their own lives.

It was so clear, so obvious. The last stop. The very rock bottom.

Wow, I thought to myself, “so this is how it feels”. It was so peaceful. There was no pain and the mind had stopped racing too!

For a second or two, I was so centered and clear on what it is that I want and don’t want respectively. But being asked about my daughter made an unexpected impact. It took me a few monents to realise that this question shook my clarity in its core. In the next second, doubt set in. After one innerly uttered “I don’t know”, I gave the idea a thought…

I saw my daughter growing up, saw her laughing, cheerfully hopping through life… And than it happened. A spark. A spark was ignited in what must be the deepest wells of my soul. And I felt it again – the magnificent will to live.

It was not a dream nor it was imagined. It was my conversation with either my higher self or my spiritual guide who was suptly present in the room that day as a perfect channel of God’s love. I don’t find it really matters. There was so much wisdom in that moment and, more than ever, I am aware of the importance of having lived it. For I don’t know anyone who achieved anything extraordinary in terms of transformation before having hit the very bottom first.

That spark inspired answers to present themselves, people, books, information to enter my life, doors to open, all as different forms of energy which was magically set into motion, moved in the direction of supporting me on my way out of the deep black hole.

The beauty of rock bottom is that all too many choices get chanelled into one single one. It’s a place from which there is only one way to go. You either stay there and rot or get out and thrive. It all comes down to this one decision.

If you decide to go out, the Universe magically makes all things happen so that you would be propelled into hights.

I learned to ask for help and, for the first time ever, reached out to all the loving hands extended down from the outside of the big black hole.

I learned to live and stop marely surviving in the “unaware” mode of consciousness.

I began to love and appreciate life because I felt like I chose it.

I got closer to the idea of being the creator of my own life, started exploring the fundamentals of esotheric thought and realised that there is so much more to this miracle of life and this ability to think and be aware.

I learned that keeping the spark alive is one of my main tasks in this life for there can be no darkness wherever there is light.

I learned that I must spread this light wherever I go and start doing that with much love and growing compassion for others.

I began feeling like a real warrior of light and extended my hands to the next person who needed help.

I also learned that all roads lead to understanding that we are all one. Having that in mind, it is not hard to figure that, in order to move forward, we, obviously, collectively have to hit rock bottom and go through the shift. I am ready. 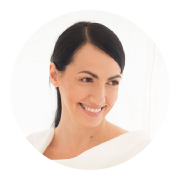 I am a natural healing practitioner based in Sarajevo, Bosnia & Herzegovina.
Although I have spent many years skiing, snowboarding, and nurturing ideas as an Advertising Executive, by profession, I am originally a Psychologist.
A few years ago, I left my exciting, creative job in communication to live in Kazakhstan and, later, India. My Asian encounters were fascinating. The unique regard for life, the equanimity found in the chaos of the streets, and the pervasive tranquility that engulfs one, simply amazed me.
Whilst living in India, at the age of 29, I faced a serious health challenge.
That is when my journey of discovering and changing, myself and my lifestyle.